A Bit About Our Club

Some of our members have sold songs to famous artists.  Some play multiple instruments, and some don’t.  We have singers and non-singers.  Some of us focus on melody and harmony, and some on lyrics.  Our group includes younger folks, and more “experienced” folks. Our musical styles and influences include folk, Americana, blues, rock, jazz, zydeco, pop, country, bluegrass. 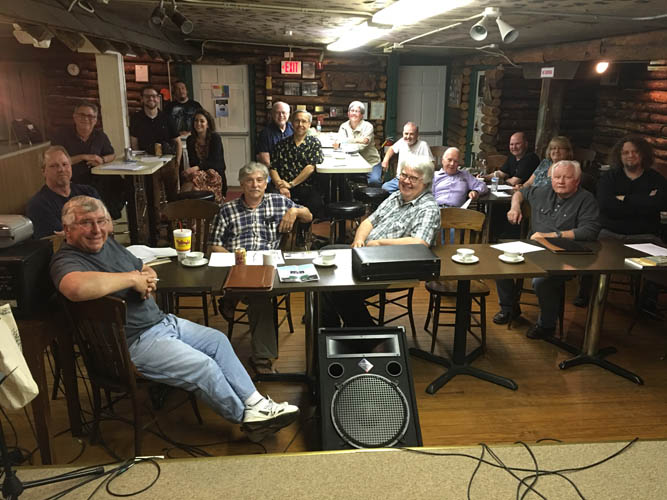 The SVSA exists to support each member in their efforts to be better songwriters, so that they can write better songs, which is good for everyone. 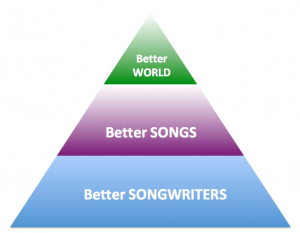 We used to meet — in person (remember that?) every 4th Wednesday of the month, starting at 7:00 PM, in the L.L. Rice room of the Jefferson Center, in Roanoke.  The meeting would start at 7:30.

Covid-19 has affected our group, just as it’s affected everyone on the planet.  We now meet via Zoom sessions, same time and schedule.  If you are a member, you will get notification of this meeting via our Google group.  If you are interested in visiting us, tell an SVSA member or hit the “Contact Us” button on this site, and we’ll send you an invitation.

The meeting generally starts with a brief summary of club business, then sometimes some sort of short workshop or presentation, and then we get down to the business of critique-ing songs. Members submit recordings of their songs, including lyric sheets.  There is a short setup, then the recording is played (or sometimes the song is performed live), and then members comment, and write other comments on the lyric sheets.

Members are coached to be honest, thoughtful, gentle and supportive, and you are virtually guaranteed that your song will come out better on the other end, if you’re open to the idea. 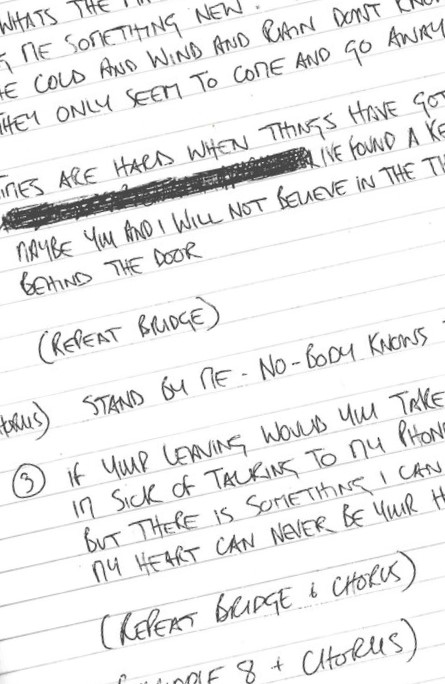 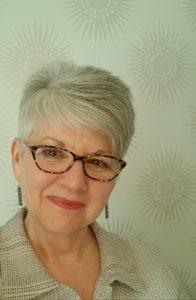 MOLLYE OTISPresident
Mollye Otis is a pianist and singer whose work has been primarily in musical theatre. After learning the ropes as a New York freelancer, she pursued a career in professional musical theatre training as a Musical Director, Voice Instructor and Performance Coach, most notably at Penn State and The University of Miami. She retired from East Carolina University in 2017 to begin a new life in Roanoke. Happily delving into the musical scene here, Mollye connected with SVSA and began her lifelong desire to develop songwriting skills. Currently, she is releasing video performances of her songs in “Mollye’s Cabaret” on YouTube and continuing to develop her work through online classes, workshops and lessons.

“SVSA has provided a welcoming and enriching environment for exploring songwriting skills and growing greater confidence as a writer.
I am pleased to serve as President along with an active forward-thinking Board. We hope to see SVSA thrive as it continues to provide a safe space for creative artists to find support and enjoy a sense of community with other songwriters and musicians.” 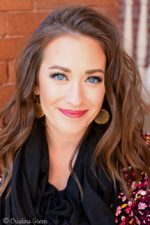 ASHLEY LUCASVice President
Ashley is a multi-instrumentalist, singer/songwriter from Roanoke, VA. Her style is mainly pop and folk, with an alt-country thing creeping in every once and a while. Her musical influences range from Dolly Parton to the White Stripes to Bob Dylan to the Avett Brothers to Sam Cooke to Weezer. She is an active member of the Southwest Virginia Songwriters Association, currently sitting on the board of directors. She has been a songwriter for 18 years, and recently received an Honorable Mention award in the 2015 International SongDoor Songwriting Competition for her song “Love On(the)Line”. 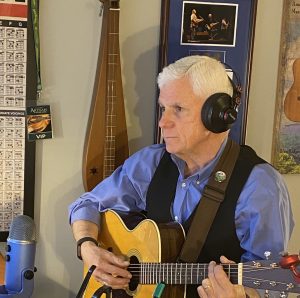 DAVID McWILLIAMSTreasurer
David began his love affair with music at the age of 4 when his grandmother encouraged him stand in the middle of the dining room table and entertain the assembled family by singing the hymn “In the Garden”. And although he’s drifted far from that church music of his youth, he never drifted far from music. He took it with him all over the world, literally.

From the Latrobe, PA coffeehouses of the 1960’s, where he amazed audiences using only two, 2-finger chords to play every song in the folk cannon, to the bars and festivals of 1970’s Berlin, Germany, where he amazed audiences by playing every song in the county music songbook with three, 3-finger chords. Ah, the ability to bend every melody to fit the I, V, IV chords and the obliviousness of youth!

The journey from Pennsylvania to Roanoke included a degree in Theater and Music, a couple of Masters’ Degrees, 32 years in the U.S. Army, and another 10 years as a Federal Civil Servant. He retired in 2015 after having served as the Chief of Performing Arts and the Deputy Superintendent at Wolf Trap National Park for the Performing Arts, in Vienna, VA. Through all of the journey, music went with him in the form of an acoustic guitar and, eventually, several more chords, that eventually used 4 fingers.

David is influenced by Irish, Scottish and American traditional and modern folk music. He began songwriting in earnest in 2018 and is lucky to count John McCutcheon, John Gorka and Eliza Gilkyson as his teachers. He works with the 3rd Street Coffeehouse and made his Roanoke performing debut on its virtual stage in 2020. 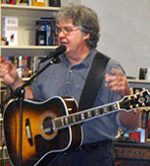 Since 2000, David has been focusing on writing and performing his own Americana-style songs. He was a finalist in the Appalachian Fair “Best Unknown Country Songwriter” contest in 2000 and was the winner of the Floydfest Showcase Stage “Best Song” in 2002.

His music has been played locally, regionally, nationally, and internationally on a number of commercial, public, and internet radio stations. 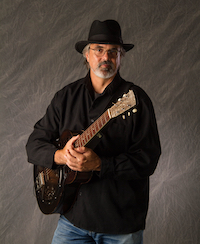 MIKE FRANKĒWebmaster
Mike has been playing and writing songs since he first bought a guitar back in college, with money he made shooting pool. Mike plays folk and blues Americana. Check out mikefrankemusic.com if you’re interested. 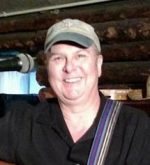 BOB SCHMUCKERBoard Member
Bob Schmucker grew up in Joliet IL, forsaking the hard rock favored by his buddies for the folkies playing in the coffeehouses and bars of Old Town Chicago. When he left college, music took a back seat to family and career goals and he sold two valuable guitars to make a down payment on his first house (“That was a really dumb move.”). 40 years later, he is back writing and playing songs, involved with SVSA and 3rd Street Coffeehouse as board member / volunteer and participates regularly in open mics around the area. 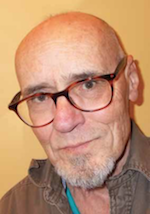 LARRY HELMSBoard Member
Larry is a long-time SVSA member and doesn’t tend to waste his time with things like member profiles. 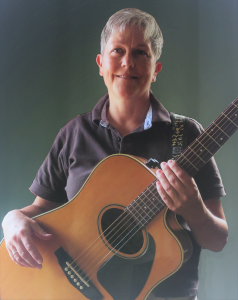 CELIE HOLMESBoard Member
Celie Holmes is a vocalist, performing solo and with the Sway Katz Big Band. She’s also a vocal coach, multi-instrumentalist and director of two a-cappella choruses: the barbershop SML Harmeneers, and Roanoke’s all-female Star City Sounds. Celie joined SVSA in 2016 and loves the supportive nature of the SVSA’s song feedback sessions. Her poignant ballad “Sorry Now” was a finalist in the Richard Leigh Song Contest in 2019, and she encourages other songwriters to join SVSA for the camaraderie and great resources available to its members. 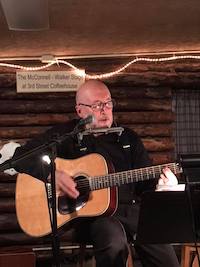 BILL STANTONBoard Member
Bill Stanton began writing songs worthy of playing for audiences or recording in 1970. Bill fell in love with Bob Dylan and The Byrds in the mid-sixties. He was actually hanging out at The Café Wha? in The Village as far back as 1962 when he started learning folk songs and how to pick a guitar. These days Bill is once again going one on one with audiences with his trusty Alvarez 12-string and a repertoire of traditional folk tunes, cover tunes from “Pink Floyd” and “The Eagles” and original songs.

WE'VE ALL GOT A SONG INSIDE US. WE'D LIKE TO HEAR YOURS.